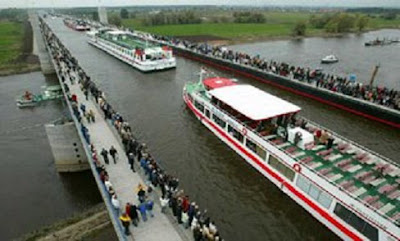 The bridge “Magdeburg” (Germany) – you need to look at it a number of times to understand what is actually happening.

It’s a bridge that goes over the Elba river. It allows boats easy access into canals. It cost more than 500 million Euros and took 6 years to build 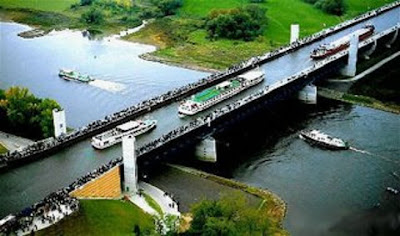 2. Colossus of the sea

The biggest ship in the world.
Used for the heaviest, and biggest of things needing transport 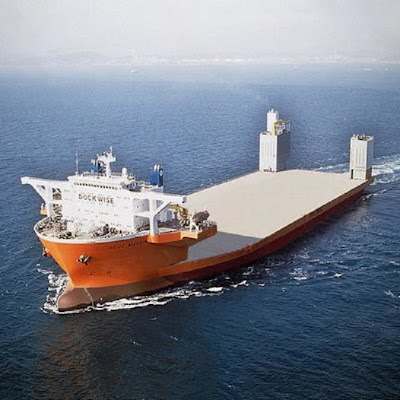 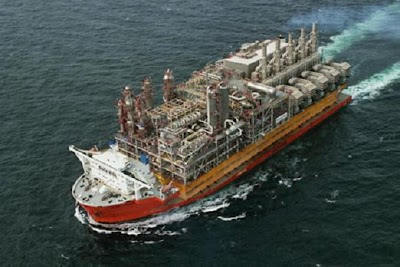 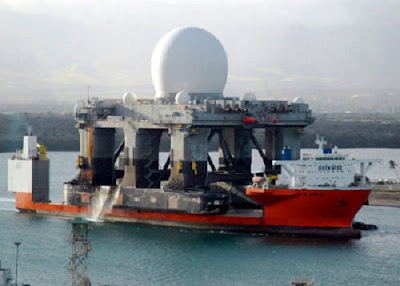 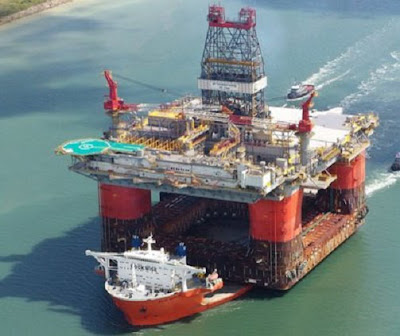 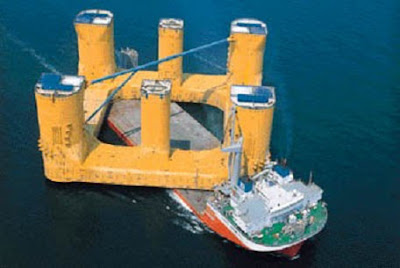 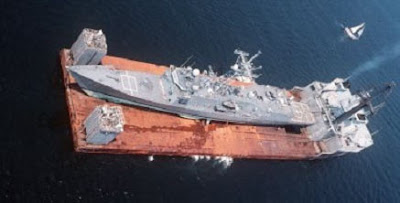 How it can be loaded at sea…
1. It sinks under the water…
The ships park on top…
And then it raises itself!! 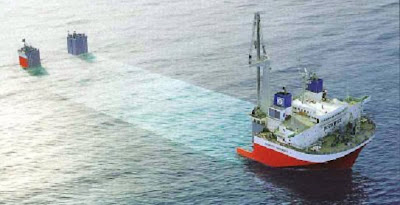 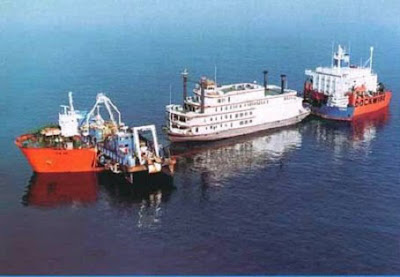 3. Wind farm in the middle of the ocean 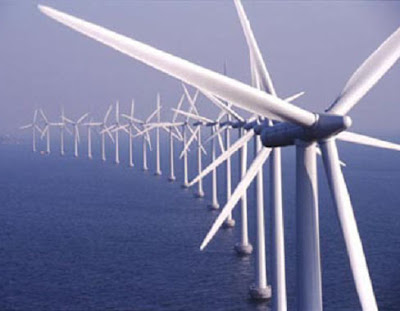 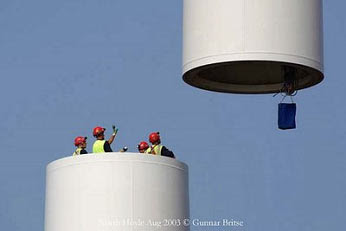 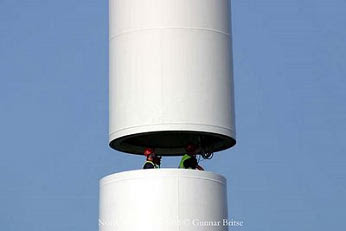 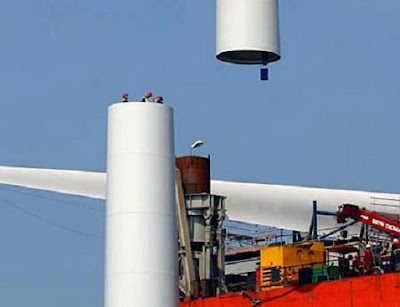 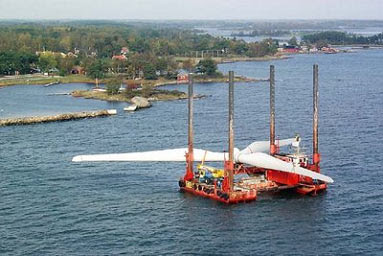 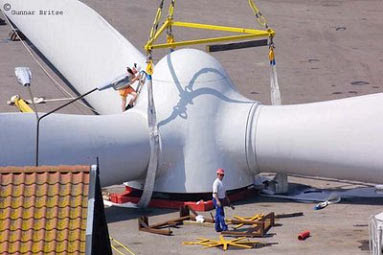 4. Fantasy road that exists part of the time – Arctic highway

The highway between Tibbitt and Contwoyto in Canada.
Most dangerous road in the world. It is over 500km long and consist of 85% frozen lakes. The ice can break at any time.
Here is a series of truck on the ice – each 70 τons. 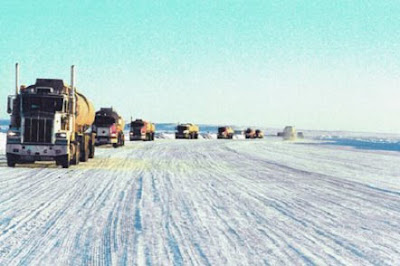 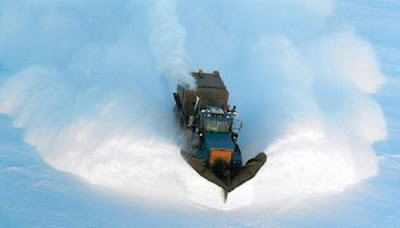 This road can only operate / come into effect during the coldest months of the year. When the ice becomes strong enough every year the road is made. 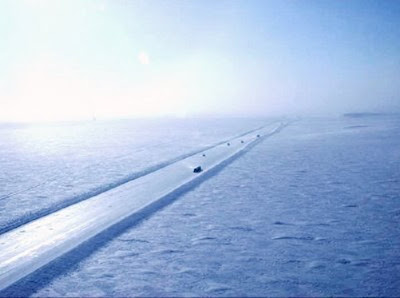 Some people try and pust their luck at the end of a season…but in the end nature has the final say. 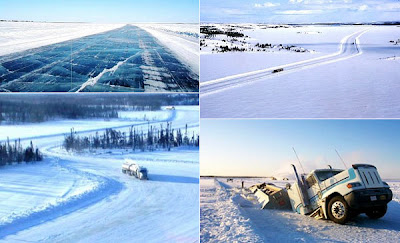