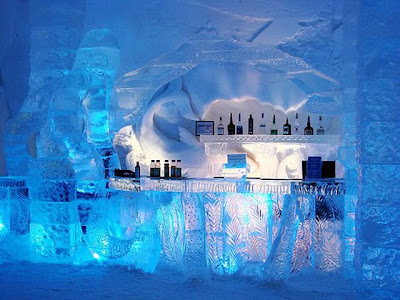 An ice bar, sometimes associated with a ice hotel is a drinking establishment primarily made of ice. The bars usually contain ice sculptures and other formations and are kept at low temperatures to hinder melting.

Mostly a novelty, the ice bar is often considered a tourist destination. The ice bar is usually located in colder regions around the world, as it is easier to keep the ice stable in frigid temperatures.

Some ice bars are also located in larger cities all over the world including London, Paris and Dubai, as the cost of upkeep can be sustained by its many patrons.The Icebar in Orlando is the first and largest permanent ice bar in America. 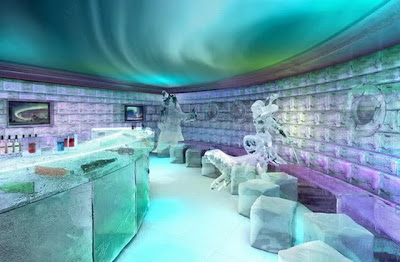 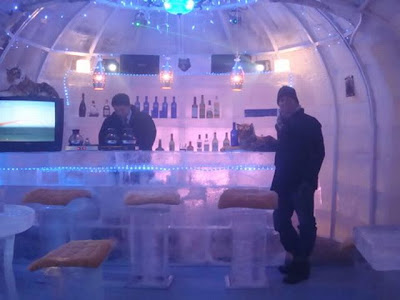 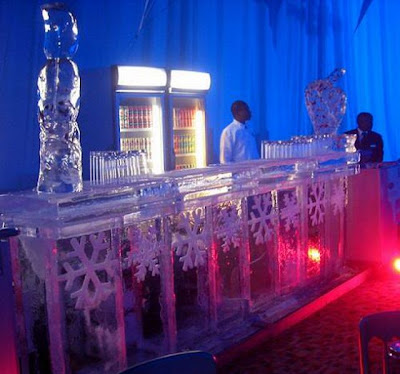 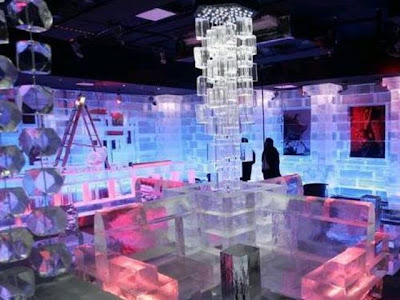 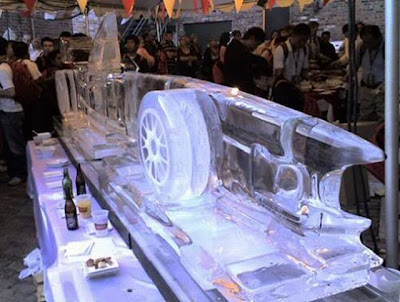 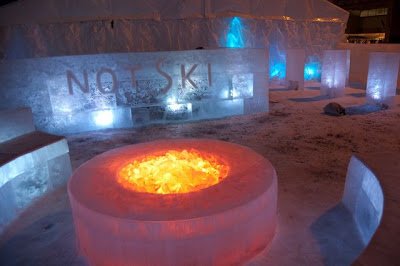 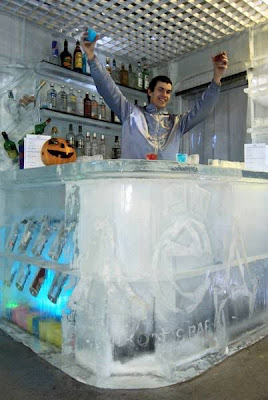 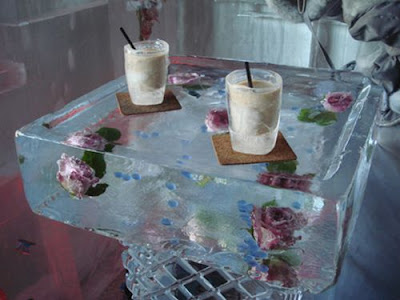 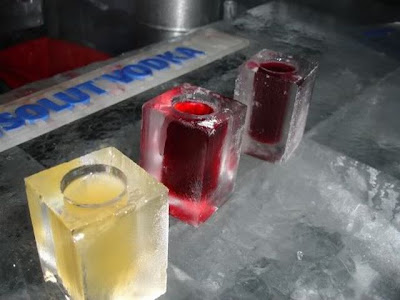 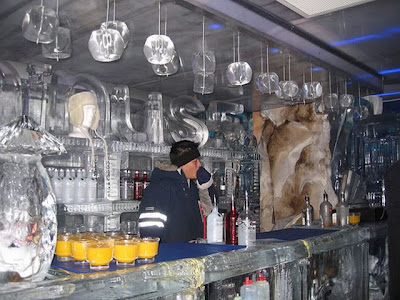 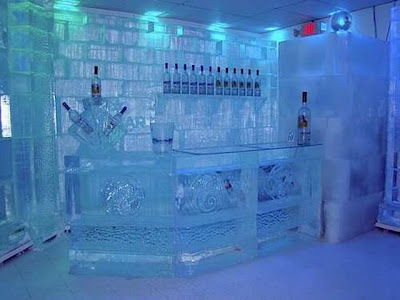 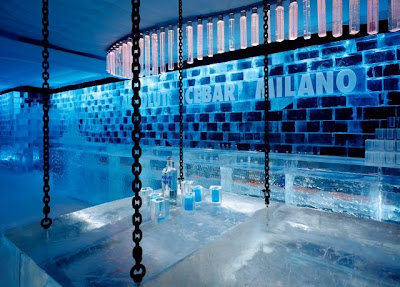 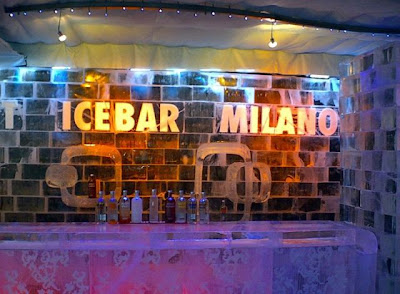 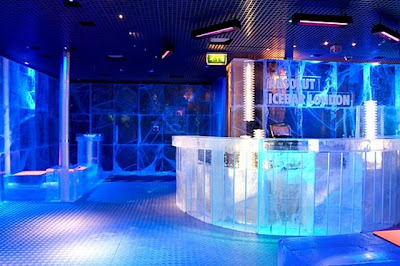 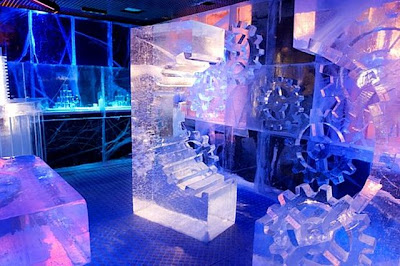 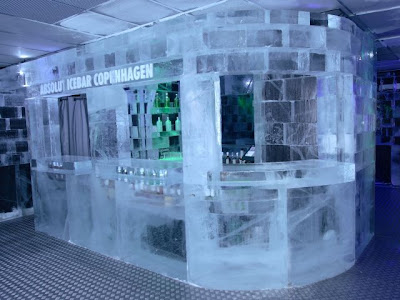 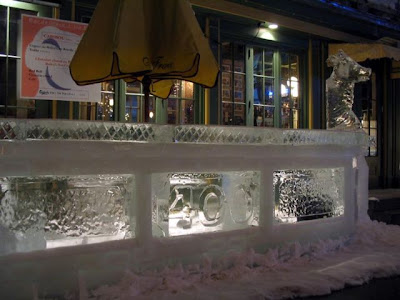 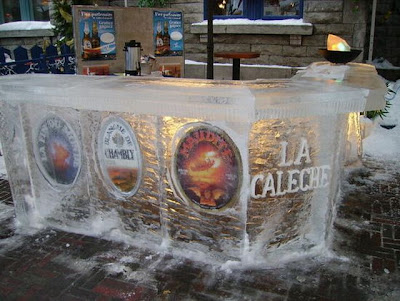 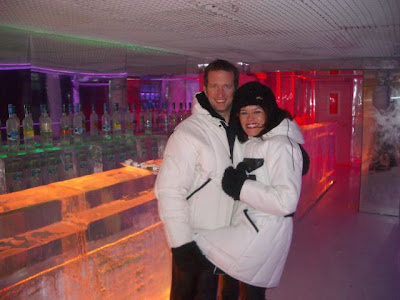 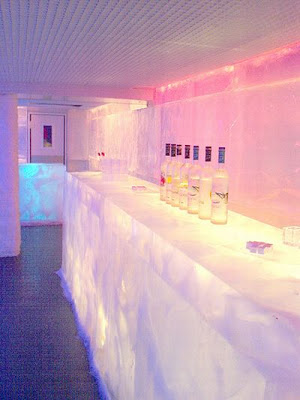 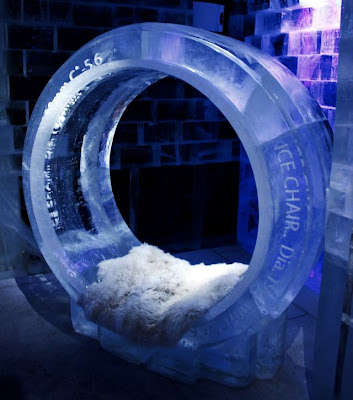 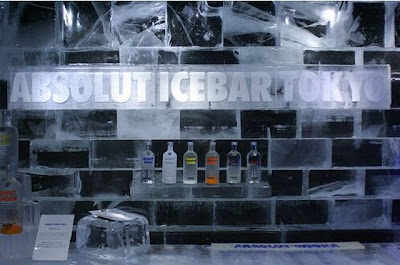