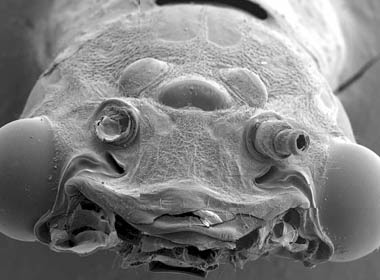 Aren’t you glad nobody puts your face under a microscope? The Dobsonfly was featured in the Oklahoma Microscopy Society’s “Ugly Bug Contest.”

The picture submitted into the contest was processed using a scanning electron microscope, which magnifies the bug 10 to 500 times their original size, revealing the true features of the bug. Sometimes the truth is best left untold. 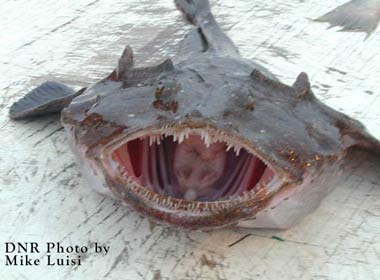 So what if the monkfish has an extremely large tooth-filled mouth, a peculiar flattened body, and loose, slimy skin? Millions of people in Europe, Japan, and in the United States love to consume this large, ugly, bottom-dwelling fish. Just don’t look before you dine.

A Face Only a Mother Could Love 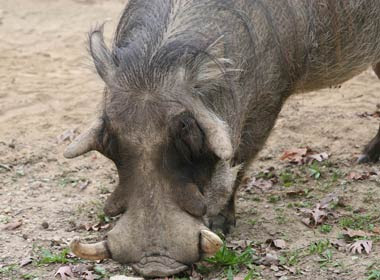 The Warthog definitely has ugly potential. These unusual pigs have a barrel-shaped body, a big, wide head ornamented with six facial warts, and huge curved canine tusks. The average height is 25-33 inches and they run 110-330 pounds.

Back from the dead… 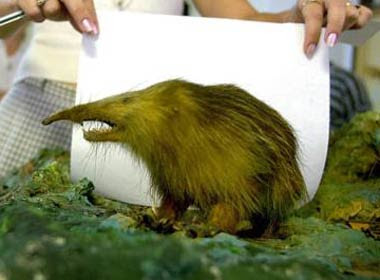 The Almiqui was believed to be extinct for many years – until 2003, when the creature was found in the island’s eastern mountains. We celebrate it’s journey “back to life,” and intend on giving the creature proper recognition…that is, a place in our “Ugliest Animals” Hall of Fame.

If Looks Can Kill 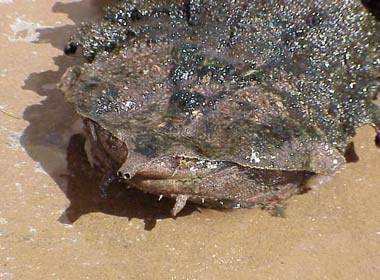 The competition really heated up once this photo of a Matamata Turtle surfaced. Translated from Spanish, matamata means “I kill, I kill”.

You surely are killing our eyes! Amongst the major standout features of this hideous creature, is the head and neck, which is large, flat and covered with numerous protuberances, warts, and ridges.

It has an extremely wide mouth, and very small eyes, which is situated near its long snout. Sadly, the limbs of the Matamata Turtle are poorly developed…so is the face, the slimy body, etc…