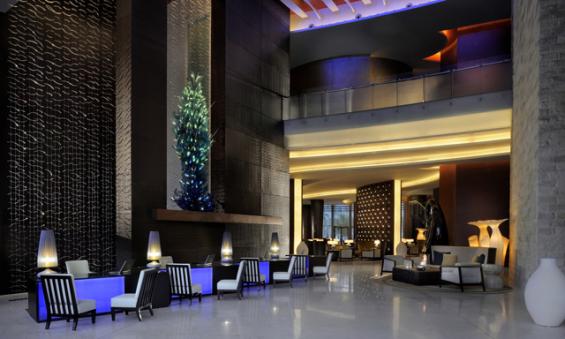 Despite being one of Dubai’s newest hotels this spacious Downtown Burj Dubai property is already redefining city style in the emirate. Without the beachfront location of many of the city’s classiest gaffes it stands out with the superb views of the world’s tallest building.

But this is one address that will not be overshadowed by the towering neighbor. Little touches like iPod docking stations and Plasma screen TVS are, of course, now standard. As is the use of the best quality furnishings and luxury touches.

Certain suites have outside baths and this is one hotel that will appeal to business and leisure guests. As long as they’re happy to pay the premium. 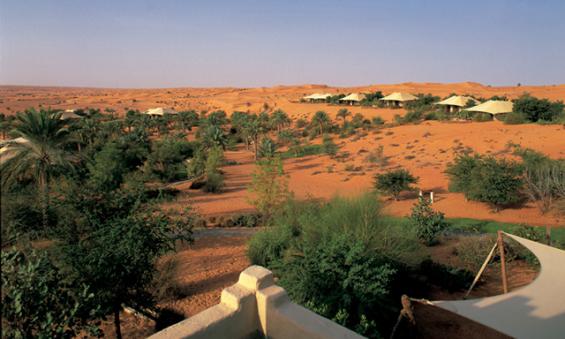 Relaxation comes at a price. As one of the most expensive hotels in Dubai the Al Maha Resort is reserved for a select few, but those that can make the cut are safe in the knowledge of money well spent. The resort is a world class sanctuary set in 225 square kilometers of pristine desert landscape. Private plunge pools, couples therapy and the knowledge that there is not a traffic jam anywhere near by will relax you before your treatments begin. 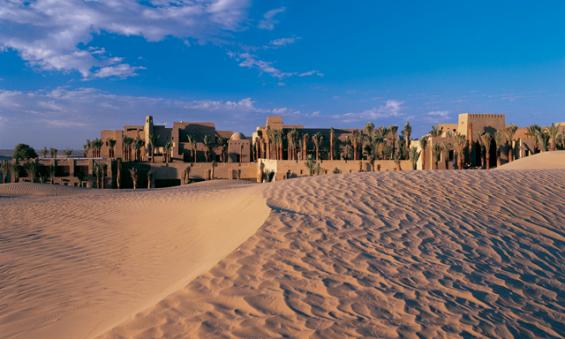 Rating: 5 star No. of Rooms: 113 Hotel Location: Next to Endurance Village

A cheaper but less exclusive alternative to Al Maha, Bab Al Shams is a luxury hotel in the middle of the dunes. This grid of low rise buildings made of pre-scratched, crumbling mock-sandstone is filled with hidden corridors and secret stairwells: rooms open directly onto the sands, while a swimming pool, spa and four restaurants cater to guests’ needs.

The range of activities isn’t as extensive as at Al Maha (and mainly revolves around desert excursions), but there is a well-equipped children center, which should keep your ankle-biters entertained. At night, enjoy a sunset shisha at Al Sarab bar or try out the Al Hadheerah desert restaurant, which offers a Disneyfied Arabian experience complete with belly dancer, band and some fairly potent shisha. 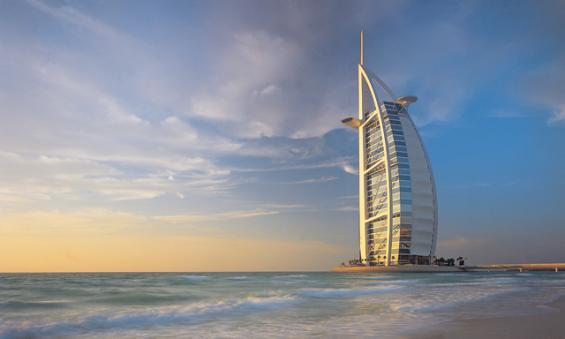 The iconic Burj Al Arab is a representation of all that is opulent and extravagant about Dubai. It is an obvious choice and one that is likely to appear on worldwide lists of the most expensive and luxurious hotels. If you’re wondering what you get in a seven-star hotel think personal butlers, massive suites, discretion, privacy, pillow menus, breathtaking Jumeirah views and..well, the list goes on really. It is often said that the decoration might not be to everybody’s tastes but there is no denying that a stay in the Burj is one of unprecedented dedication to pleasing the high-rolling guest. 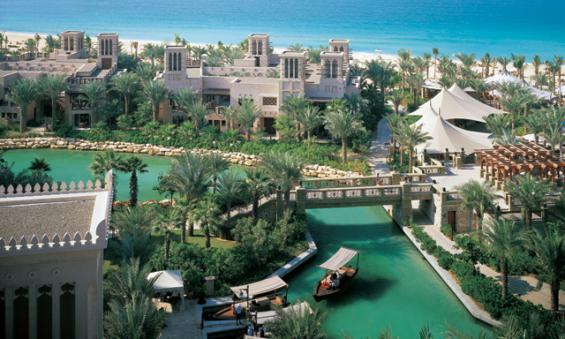 Nobody would argue that the Madinat Jumeirah hotels of Mina A’Salam and Al Qasr offer an exceptional level of service and quality but for the absolute pinnacle of the complex the discerning traveler knows that Dar Al Maysaf is impossible to beat. The name means “summer house” in Arabic and these large villas have a real feeling of seclusion and intimacy. They can be reached here by taking a short abra ride to elsewhere in the hotel and after you’ve found your room taking a dip in a private pool or eat in one of the mini-complex’s private restaurants. 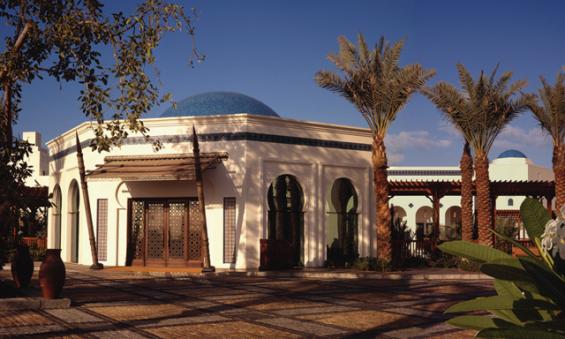 The Moroccan-style spa at Dubai’s beautiful Park Hyatt offers some of the best treatments in town including a popular couples hot stone massage. Guests can enjoy their own pool and a wide range of facials and massages before returning to the hotel for lunch of lounging in the spa area for the ultimate in relaxation. Definitely a good place to check into for spa fans as the creek views give an unusual twist on the usual beachfront or cityscape. 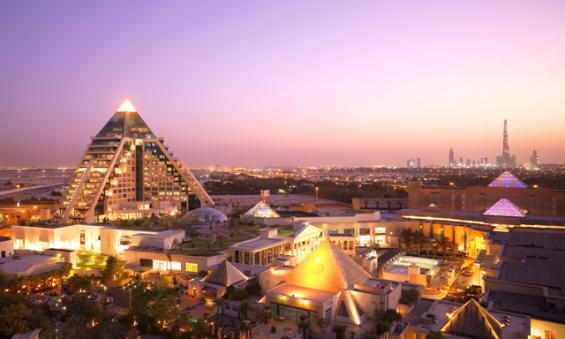 Not a patch on its Singaporean sister in terms of history but still pretty striking and certainly one of a kind, Raffles Dubai has already become something of an iconic building. Especially for the less tourist-heavy area it inhabits. Leave Dubai Airport and cross Garhoud Bridge and you will be presented with the giant pyramid that is the Raffles Hotel. Adjoined to the Egyptology themed Wafi mall Raffles is one of the most expensive hotels in Dubai and the pyramid’s peak is one of the city’s most exclusive clubs. 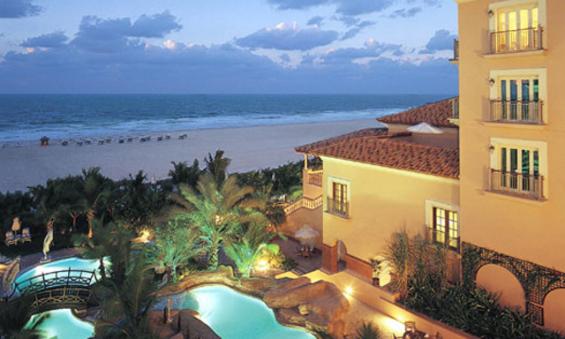 Staying at the Ritz Carlton, like flying in a private jet and having your own butler, is as clear an indication you are going to get that you have made it. Despite a proximity to the high-rise Dubai Marina and Palm Jumeirah it is a complete cocoon of calm. Inventive treatments and a dedication to providing quality finishes mean that the experience is one that is up there with the very best spa breaks the Middle East has to offer. 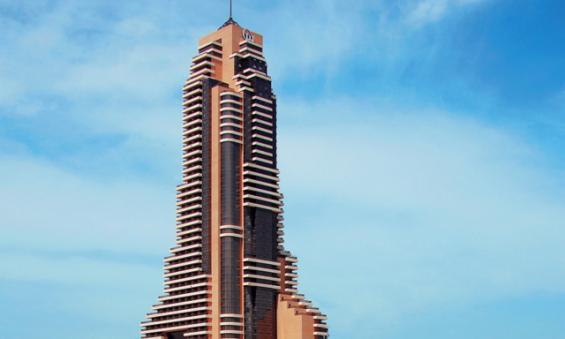 Close to the beach but with all of the elegance and sophistication you would expect. Grosvenor House is an exercise in relentless style. Superb Gary Rhodes Mezzanine restaurant to the effortlessly stylish Buddha Bar every part of the hotel has been selected to enhance the overall effect of cool. Fantastic spa and business facilities all combine to make this one of the underrated delights of Dubai’s hotel scene. 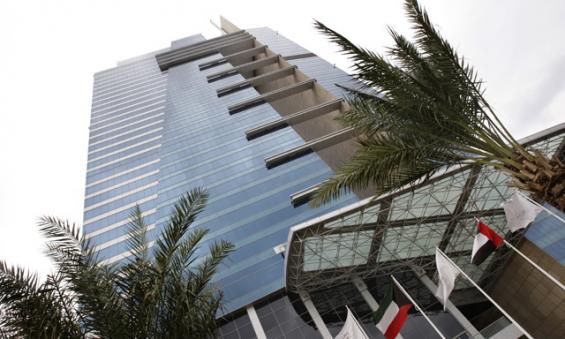 Number One Sheikh Zayed road is one of the world’s most exclusive addresses and The Monarch is a hotel that deserves it. Gigantic suites and stunning city views are the flagship boasts of the hotel that has already garnered a good reputation with the wealthiest international clients.

One Reply to “Top 10 Most Luxurious Hotels in Dubai”