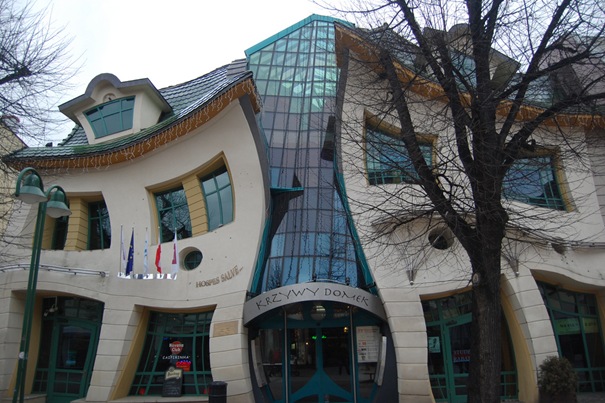 Construction of the building started in in January 2003 and in December 2003 it was finished. House architecture is based on Jan Marcin Szancer (famous Polish drawer and child books illustrator) and Per Dahlberg (Swedish painter living in Sopot) pictures and paintings.

The structure with 105 apartments wraps around a landscaped courtyard with a running stream. Up in the turret at the southeast corner, there is a restaurant, including a cocktail bar. 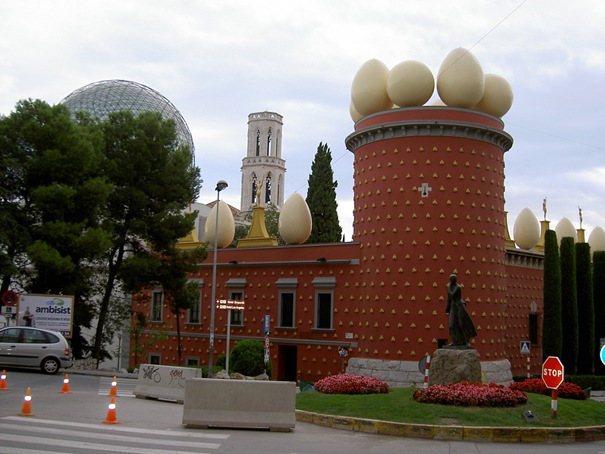 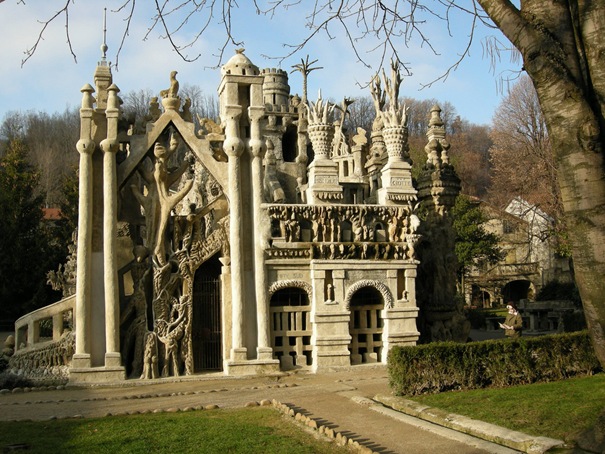 The Longaberger Basket Company building in Newark, Ohio might just be a strangest office building in the world. The 180,000-square-foot building, a replica of the company’s famous market basket, cost $30 million and took two years to complete. Many experts tried to persuade Dave Longaberger to alter his plans, but he wanted an exact replica of the real thing. 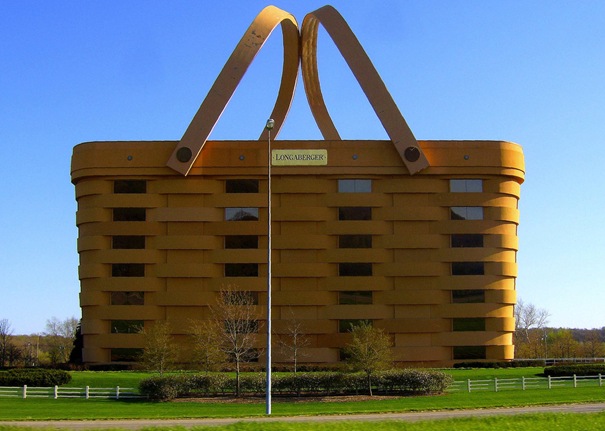 This project, located in the heart of Kansas City, represents one of the pioneer projects behind the revitalization of downtown.

The people of Kansas City were asked to help pick highly influential books that represent Kansas City. Those titles were included as ‘bookbindings’ in the innovative design of the parking garage exterior, to inspire people to utilize the downtown Central Library. 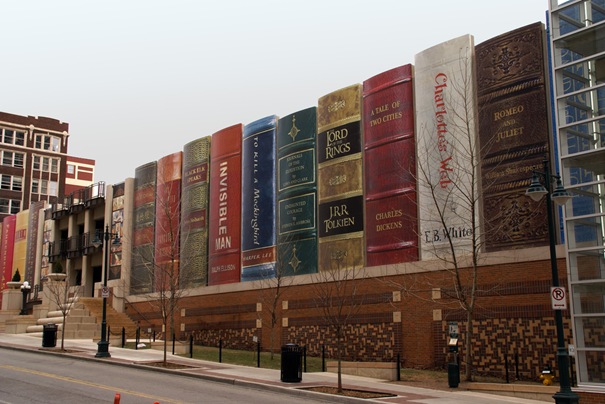 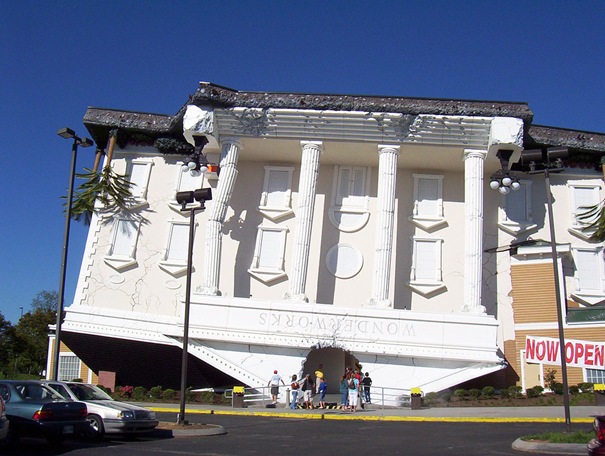 Expo 67, one of the world’s largest universal expositions was held in Montreal. Housing was one of the main themes of Expo 67.

The cube is the base, the mean and the finality of Habitat 67. In its material sense, the cube is a symbol of stability. As for its mystic meaning, the cube is symbol of wisdom, truth, moral perfection, at the origin itself of our civilization.

354 cubes of a magnificent grey-beige build up one on the other to form 146 residences nestled between sky and earth, between city and river, between greenery and light. 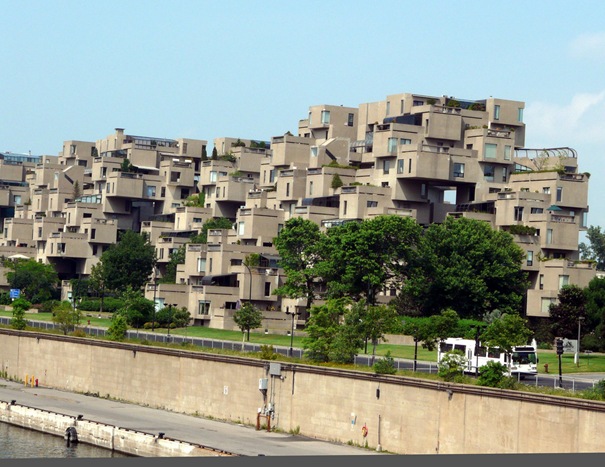 The city of Rotterdam asked him to design housing on top of a pedestrian bridge and he decided to use the cubic houses idea. The concept behind these houses is that he tries to create a forest by each cube representing an abstract tree; therefore the whole village becomes a forest. 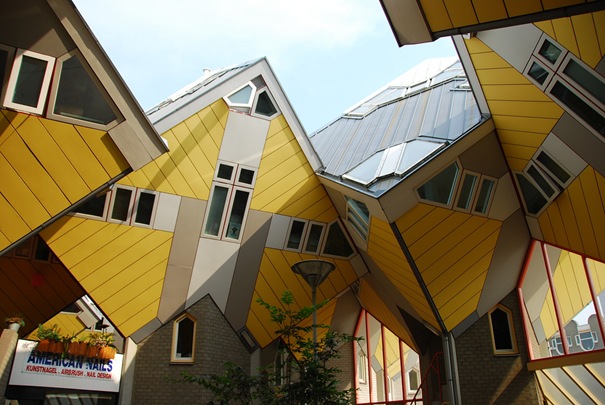 The house is owned by the daughter of the ex-president of Vietnam, who studied architecture in Moscow.

It does not comply with any convention about house building, has unexpected twists and turns, roofs and rooms. It looks like a fairy tale castle, it has enormous “animals” like a giraffe and a spider, no window is rectangular or round, and it can be visited like a museum. 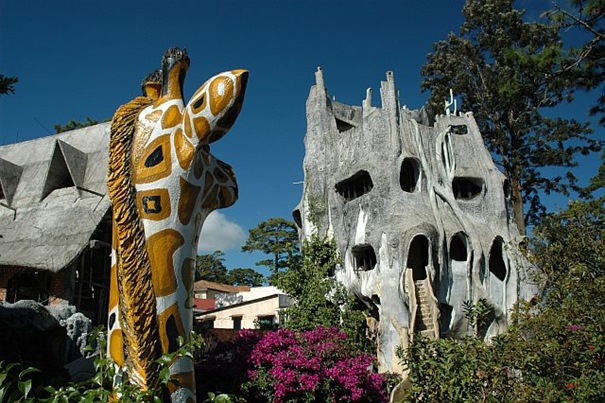 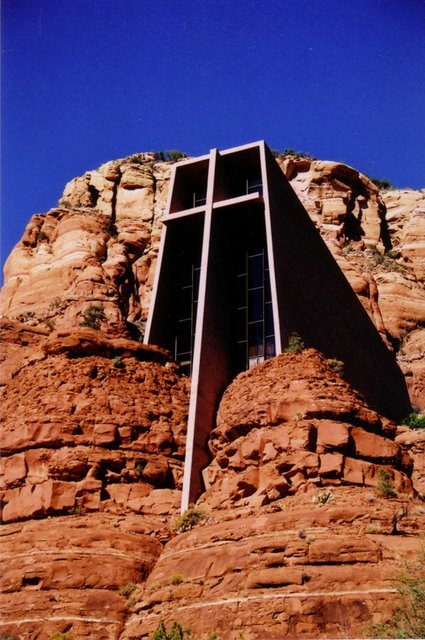 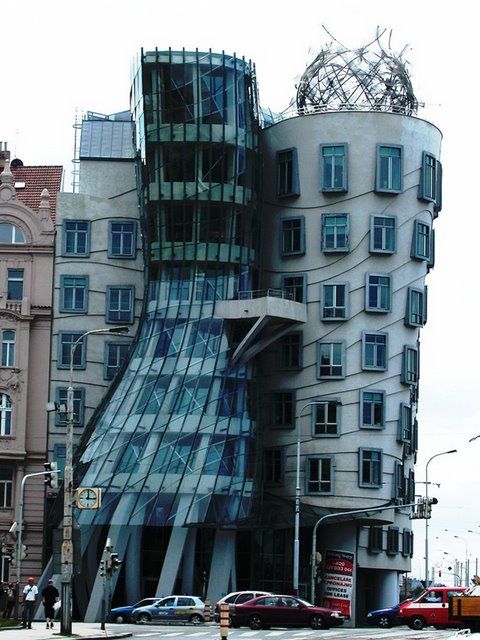 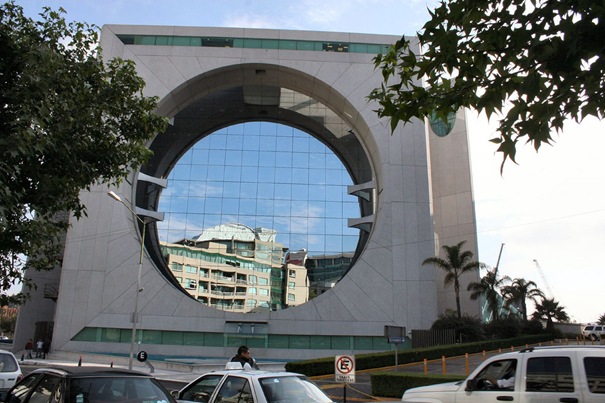 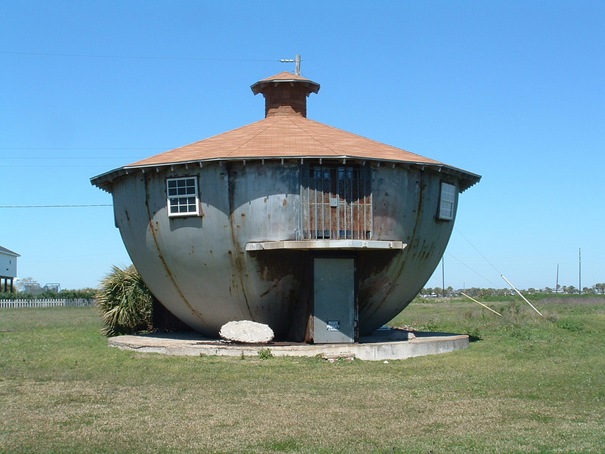 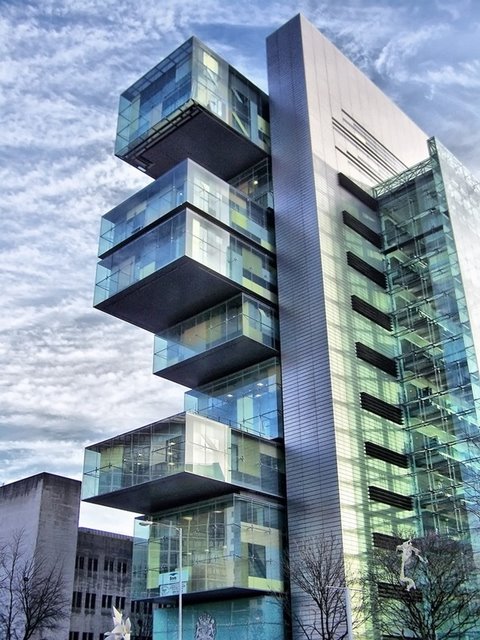 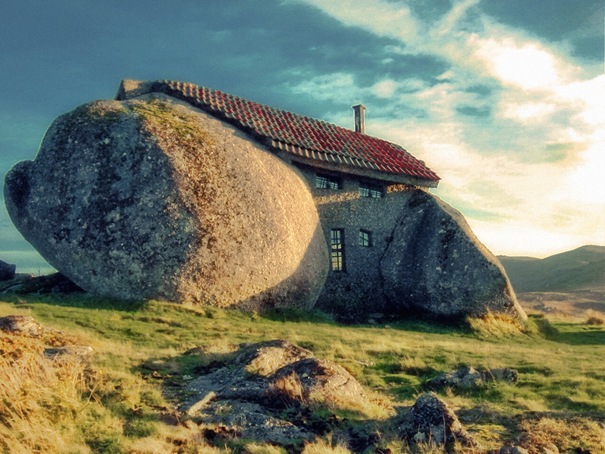 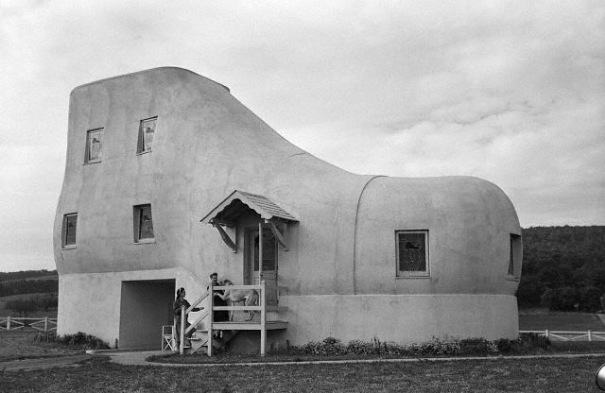 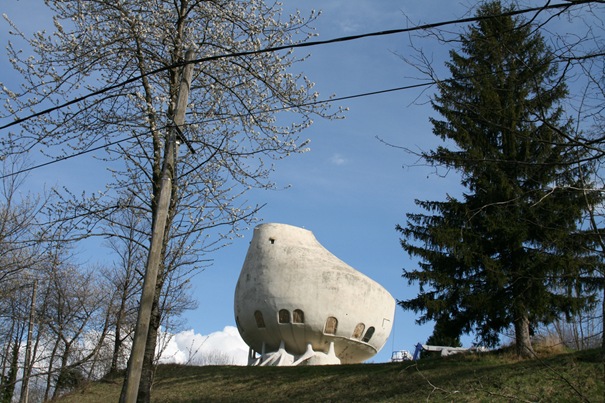 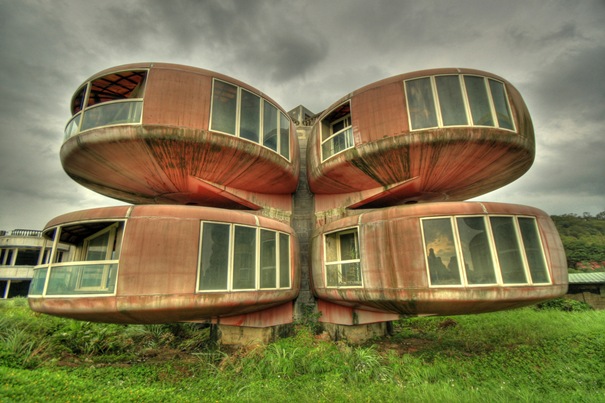 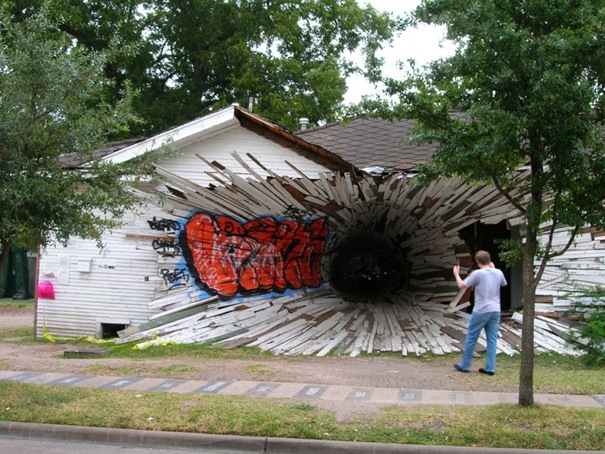 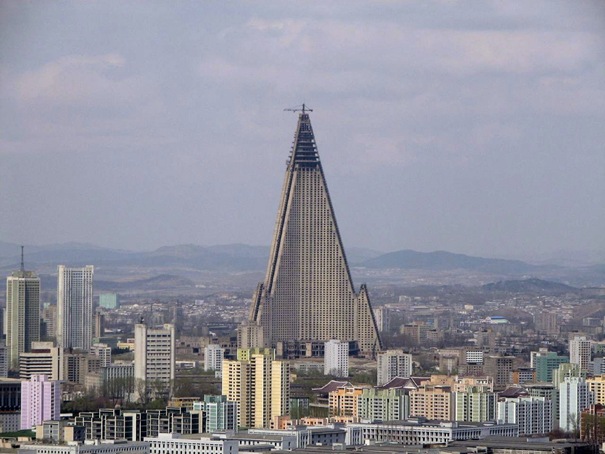 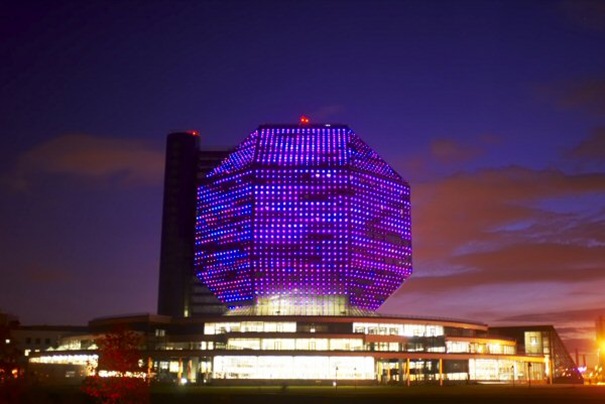 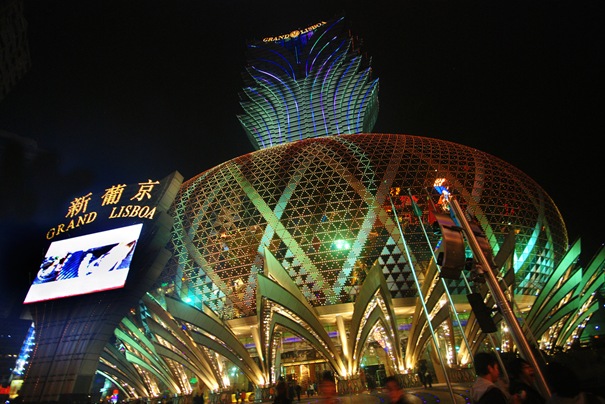 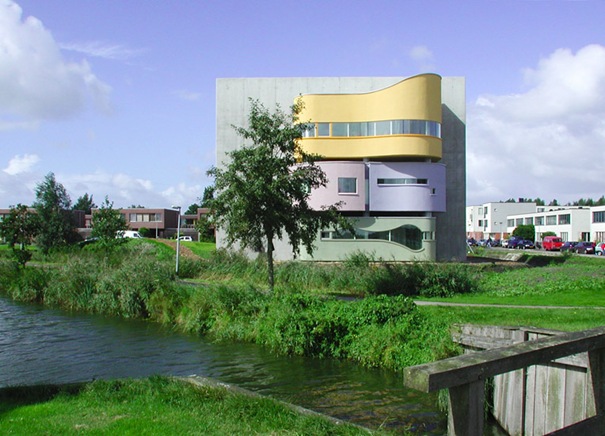 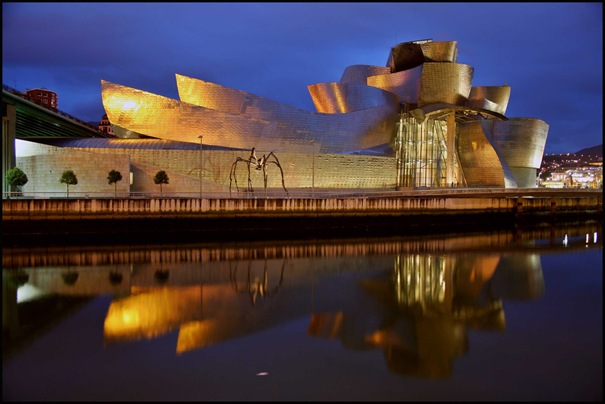 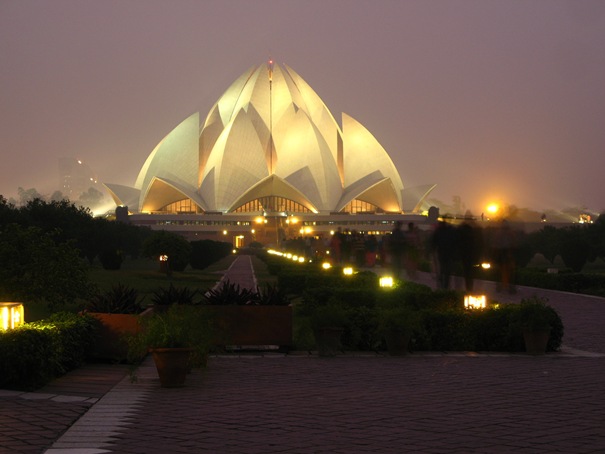 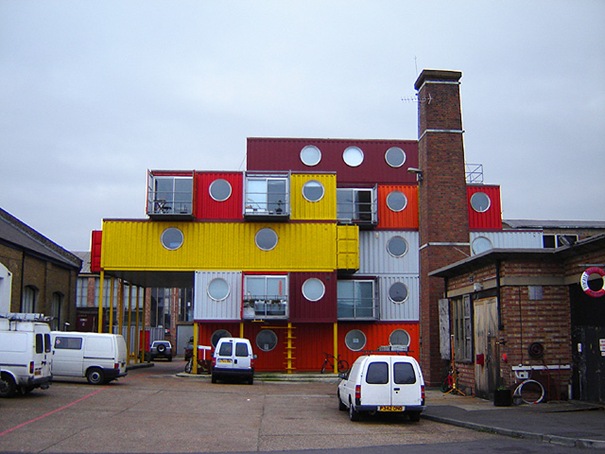 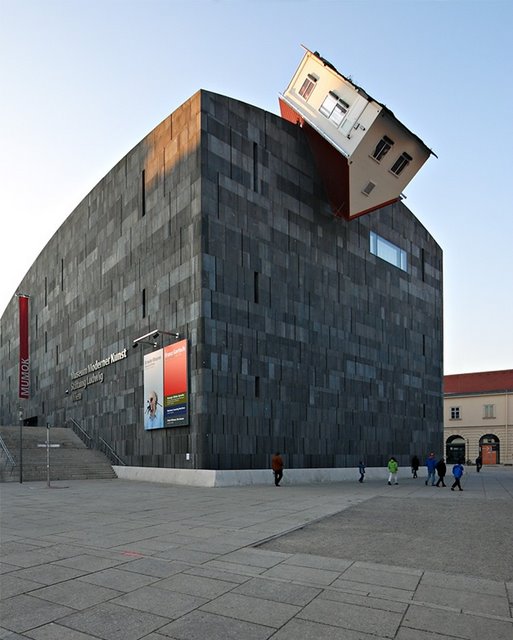